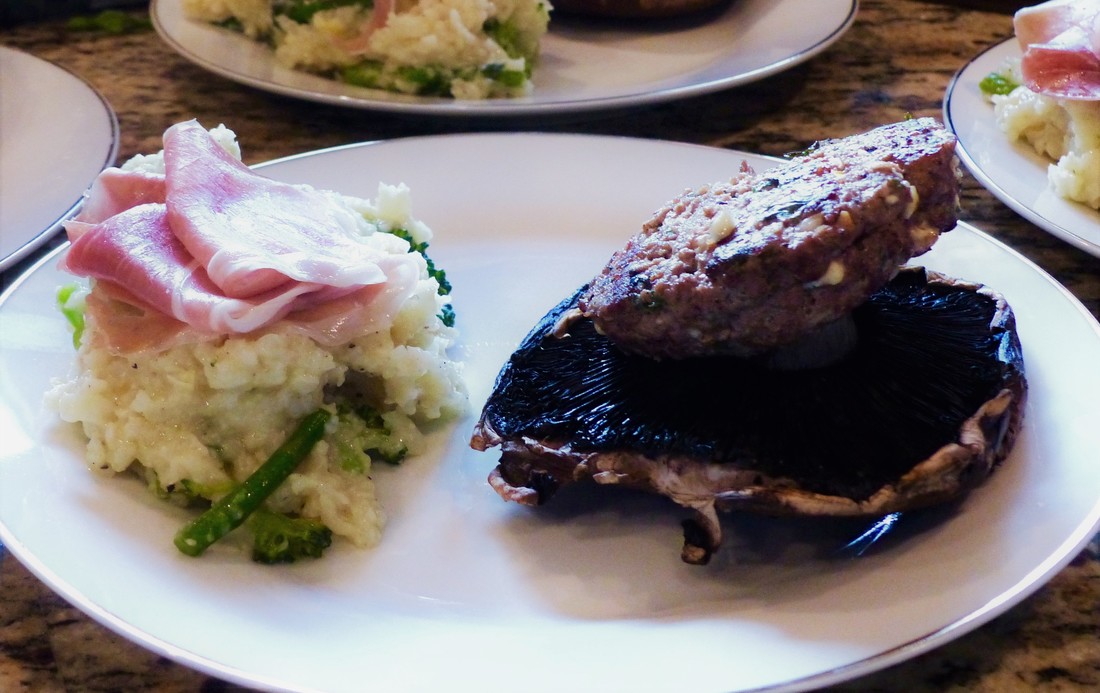 ​The food project was an interdisciplinary project between humanities and chemistry. On the humanities side, we studied the ethics of eating. To gain information on the food system in the United States we read numerous articles, both opposing it and praising it, watched two documentaries, and read the book The Omnivore's Dilemma By Michael Pollan.
We then used this information closely examine the ethical considerations we take into account when choosing our diet.

In chemistry we each picked some process in cooking that we were interested in and researched the chemistry behind it. We then did an experiment to test how one component of the process affected the end product. I tested how rest time affected the amount of juice retained by a hamburger. Once we had our data we and research done we presented in one of several formats offered by our teacher Steve.

The final predicted for this project were a short essay for humanities, a recipe card for chemistry. The interdisciplinary product was a fancy dinner groups of 4 or 5 prepared and hosted. The dinner utilized and expressed information learned in both classes.

This meal was enjoyable for the students and guests. It was fun to watch our guests enjoy the meal we had prepared for them and hear them have such in-depth conversations about the ethics of eating. But the students were just standing in the kitchen, it would have been much better to be more a part of the meal instead of being more like the wait staff. That way we would have been able actually to take part in those good conversations.

I felt like the interdisciplinary aspect of this project didn’t contribute too much to this project except for the meal we prepared which was to me the most important part. We still learned very different things in chemistry and humanities, they were just connected by a common theme. I’d say my biggest take away was a slight change to my diet. Now I eat a little less crappy foods, a little more veggies, and definitely less sugar.

Chemistry of Food and Cooking “A Well Rested Cow”

Q1: How can we design an experiment and measure the qualities and desirability of a finished recipe both quantitatively and qualitatively in order to determine the success of our recipe experimentation?

A1: It is easy to design an experiment that measures a certain characteristic of a recipe qualitatively. Just make a number of the same recipe changing only your independent variable, sample or observe each one and rank them in order in accordance with the characteristic being tested for. For example, you are testing how the amount of starch used effects the gooeyness of brownies. Bake several trays of brownies using different amounts of starch, eat them all and rank them in order of gooeyness. (This method does not eliminate bias, but I didn’t want to over complicate the example by including information on that.)

In order to measure a certain characteristic of a recipe quantitatively, you need to first identify what you are measuring; this should be a number with units. Going back the browny example, you could assume that a less gooey brownie is made up of a higher percentage of air, meaning it is less dense. Now we have what we a measuring: density. Both quantitative and qualitative data can be used to find the best outcome.

A2: Scientific experiment has many similarities to cooking. Cooking is full of experimentation. Every chef has a different approach to preparing a meal with its own twists. The vast variation in recipes and cooking practices is a direct result of experimentation; trying lots of things to see what works and what doesn’t.

Although science and cooking have similarities, they are generally very different. Cooking is typically more imprecise because it is rarely quantitatively measured or tested in controlled scenarios. Whereas in a strictly scientific experiment all possible variables are controlled for and the data is typically gathered quantitatively. Also, the intention behind scientific experimentation is often different from culinary experimentation; when cooking you are usually just trying to find the best outcome, scientists are often trying to discover the why behind a certain outcome. 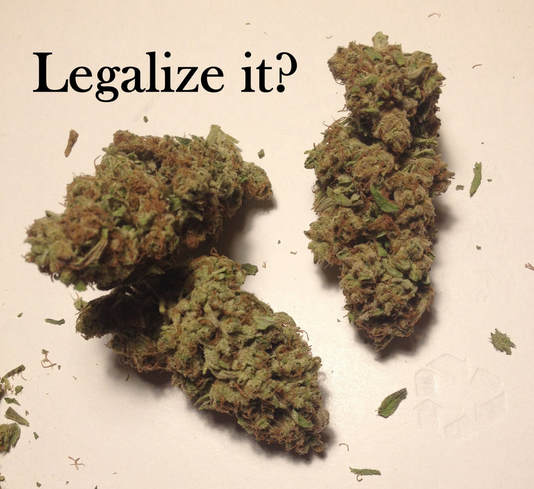 In this project we studied how rhetoric is used in politics and a writing style called rogerian argumentation. Rogerian writing typically tries to identify common goals and objectively describe opposing views in order to establish common ground and reach an agreement on an issue. For the final product we each chose a political topic to write about in the style of rogerian argumentation. We then exhibited our would at Fort lewis College and hosted a public socratic seminar centered around the question “How do we bridge the political divide in America in order to restore civil discourse?” I enjoyed this exhibition. I had many engaging and thought provoking conversations with community members that had interesting views to share about my topic.
The political topic I choose to address was the legalization of marijuana. I chose this topic because I am not a politically oriented person and I had more background knowledge about it than I did with other issues.


Through my research I found a shocking difference in the information that people had about marijuana. There was misinformation on both sides. However, criminalization side of the argument was had far less evidence to back it up. Thinking about this subject deeply helped me to see where the opinions is coming from. They don’t want to see a potentially dangerous drug in the hands of their kids or in their school systems. This is a very understandable concern and I sympathise with it, but I am not in any way convinced by it. I am convinced by the data and by my own observation of impact marijuana has had on people around me.

Democracy is shaped by the voice of the people. When the people are polarized into their little groups, democracy does not work. It can not fulfill its purpose of serving its people if its people are divided. My belief is that we need to see ourself as one tribe, one people, otherwise it becomes us vs. them and we lose our ability to help each other. Now days we do not spend enough time having face to face dialog. That is important because it humanizes people with opposing views. In order to ensure a healthy dialog in our nation we have to incorporate the central idea of rogerian rhetoric. That is the notion that you can’t persuade someone by disrespecting them or their ideas. You need to hold an understanding of why they believe what they believe and forms your argument around their values. To a large extent our democracy has devolved into an us vs. them scenario where we do not try to accommodate the other side.